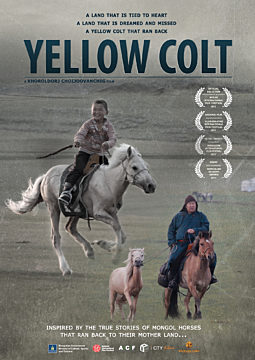 Description:
Pre-teen Galt returns to his nomadic family after the uncle that adopted him dies, leaving him no choice but to return to his so-called motherland. After a period of adjustment, he learns to get on with his parents, particularly dad Badam, and older brother Tomor. At the same time, Badam is preparing his herd of horses for a vaguely prestigious Naadam race contested among the surrounding herders. Galt takes an instant shine to a wild yellow colt that wanders into the pack one day and asks his brother to hel

In Films-list.com we have selected the most viewed movies from category - Drama, Family. Enjoy the best films specially selected for you! Yellow Colt (2014) is the right choice that will satisfy all your claims.