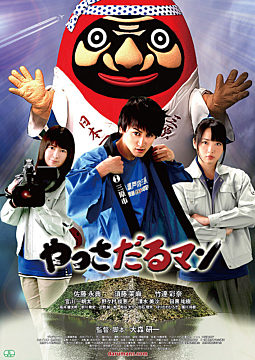 Description:
Hajime is a city official who works for the Yassa Daruman section of the city hall. People in the section administer Yassa Daruman, a mascot character of the city, and conduct public relations activities. However, Yassa Daruman operated by Hajime has finished the result of 236th place in the nationwide character contest. The section chief scolds and encourages Hajime who does not care about the result because the downturn in rankings is as usual. Every time the city's event happens, Hajime wears and act as

In Films-list.com we have selected the most viewed movies from category - . Enjoy the best films specially selected for you! Yassa Daruman (2018) is the right choice that will satisfy all your claims.