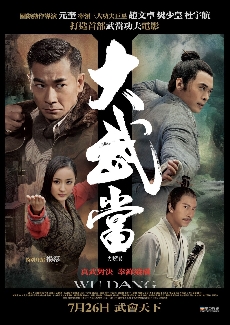 Description:
In early Republican China, rumors were going around about the treasure in Wudang Mountain. An American conspirator took his well-trained kung fu daughter to Wudang by sponsoring a Taoist martial arts competition, to steal the treasure. Out of expectation, a disciple represented Wudang to compete with other martial arts masters for the championship. During the competition, resentment occurred against different parties, the relationship became complicated, a Korean female Tai Chi descendant fell in love with
5M-10M

In Films-list.com we have selected the most viewed movies from category - Martial Arts. Enjoy the best films specially selected for you! Wu Dang (2012) is the right choice that will satisfy all your claims.