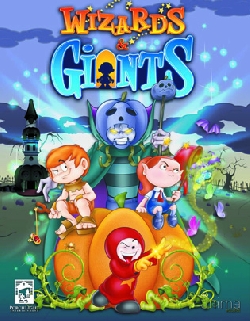 Description:
When an evil Wizard named Titan Coldface is disqualified from the biggest magic tournament of the Magic Realm, he seeks revenge by hatching an elaborate plan to steal the magical powers from all the inhabitants. Three unlikely heroes?Giant (a ?vertically challenged? giant), Fury (a bad-tempered fairy who hasn?t got her wings) and Trafalgar (a little wizard who knows too much magic for his own good)?decide to stop Titan themselves. Their decision launches a wacky, but definitely magical, adventure.

In Films-list.com we have selected the most viewed movies from category - Animation, Comedy, Childrens. Enjoy the best films specially selected for you! Wizards and Giants (2003) is the right choice that will satisfy all your claims.