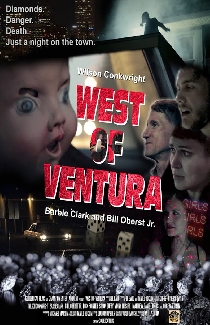 Description:
The whereabouts of a rare package filled with uncut diamonds becomes unknown. Local thieves, lovers, mob men, and families hunt down this prized possession for their own personal gain. Through the struggle of finding this package, human love and passion are exploited oddly enough through sin. These arbitrary citizens chase their immortality, which is ultimately deceiving only themselves from that fact that every human being will die someday. As they say, pride comes before the fall, and pride is overwhelmin
Under 1M

In Films-list.com we have selected the most viewed movies from category - Action/Adventure, Thriller, Suspense. Enjoy the best films specially selected for you! West of Ventura (2014) is the right choice that will satisfy all your claims.