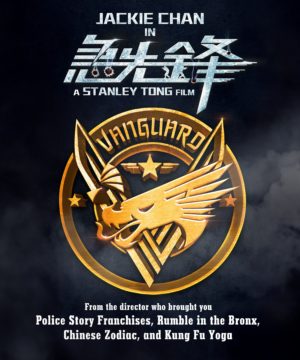 Description:
Jackie Chan stars as Tang Huanting, the head of an International security agency known as Vanguard. Vanguard is hired when an accountant, Qin Guoli learns of his friend’s terrorist ties and leaks the information to the US government. In a subsequent bombing, Qin’s friend dies. Tang discovers there was a sole survivor of the bombing; Omar, the son of the man Qin betrayed. Omar vows to avenge his family by attacking the
people responsible for their deaths. He hires a fearsome group of mercenaries known

In Films-list.com we have selected the most viewed movies from category - Action/Adventure. Enjoy the best films specially selected for you! Vanguard (2020) is the right choice that will satisfy all your claims.