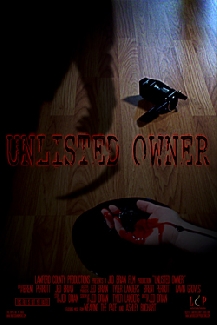 Description:
The 'Owner House' has been vacant for several years because of its very dark history but with the recent series of murders it has been taken to the next level. A family who just moved in has been murdered causing the curiosity of a group of friends to get the best of them. Deciding to break in and investigate with hand held cameras, would be the worst decision of their fun filled night. The terrifying and suspenseful footage has been edited for the film 'Unlisted Owner'.

In Films-list.com we have selected the most viewed movies from category - Supernatural Thriller, Horror, Drama. Enjoy the best films specially selected for you! Unlisted Owner (2014) is the right choice that will satisfy all your claims.