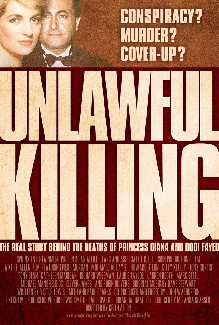 Description:
UNLAWFUL KILLING is the true story of the violent death of Princess Diana, and the subsequent cover-up by the British Establishment, culminating (after a decade of delay) in an Inquest held at the Royal Courts of Justice in London.

Director Keith Allen was at the centre of the inquest, covertly observing proceedings in the courtroom and amongst the press. His groundbreaking documentary recreates key moments from the inquest, and demonstrates how the cover-up was perpetrated. It shows how vital
5M-10M
Galway Film Fleadh, 2011

In Films-list.com we have selected the most viewed movies from category - Documentary. Enjoy the best films specially selected for you! Unlawful Killing (2011) is the right choice that will satisfy all your claims.