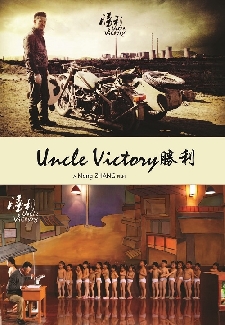 Description:
In the late 1990s, in northeastern China, gangster Chen Shengli was sentenced to 10 years’ imprisonment for cruelly cutting off the hamstring of his rival gang’s boss, Jiao.

10 years after, Shengli is out of jail only to face a completely different society from what he knew. He is then determined to turn over a new leaf to get back to life with a kind heart. That’s why he runs a kindergarten. But Jiao’s hatred for him has never been defused, even a little bit. Jiao begins his revenge by plottin
Fimfest Hamburg 2014 Vancouver IFF 2014 Pacific Meridian 2014 San Diego Asian Film Festival 2014 Hong Kong Asian Film Festival 2014
Shanghai International Film Festival 2014 - Jury Grand Prix

In Films-list.com we have selected the most viewed movies from category - Drama. Enjoy the best films specially selected for you! Uncle Victory (2014) is the right choice that will satisfy all your claims.