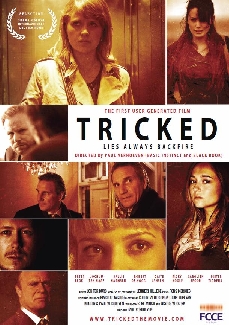 Description:
After making international hits such as Robocop, Total Recall and Basic Instinct, and more recently Black Book, Verhoeven took on a new challenge. In this era of social media, Verhoeven let himself be led by the general public, who determined all the crucial elements of the film making process. From the direction of the script, plot twists, graphics, music score to even the smallest of suggestions about the set design, Paul Verhoeven’s movie is directly inspired by all the participants involved in this grou
3M-5M

In Films-list.com we have selected the most viewed movies from category - Drama, Documentary. Enjoy the best films specially selected for you! Tricked (2012) is the right choice that will satisfy all your claims.