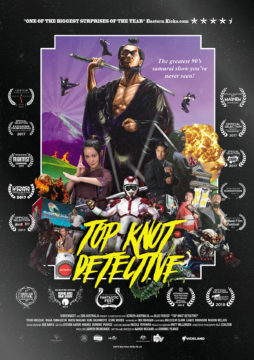 Description:
In the early 90s, a little known Japanese Samurai/Detective series hit Australia where it quickly became a cult hit. In Japan, it was called 'Ronin Suiri Tentai (Deductive Reasoning Ronin) but in Australia, it is known only as 'Top Knot Detective'! A hilarious mockumentary about a hilarious cult series: one you would hope really had existed.

In Films-list.com we have selected the most viewed movies from category - BlackComedy, Comedy, MartialArts. Enjoy the best films specially selected for you! Top Knot Detective (2017) is the right choice that will satisfy all your claims.