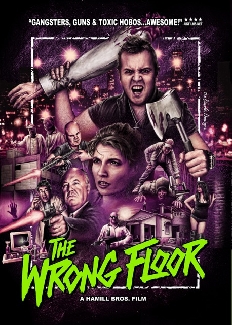 Description:
Danny's father, a pioneering research scientist, has disappeared. Suspecting foul-play, Danny goes undercover at the research centre where he worked. He soon discovers that there is something sinister at work. It becomes a race against time to save himself, his father and the entire planet! What stands in his way? Gangsters, toxic hobos, shady agents, clown killers, badly dressed desperado chavs, a renegade swat team, street thugs, mad scientists, a news reporter out for blood, a town full of hatred and mon

In Films-list.com we have selected the most viewed movies from category - Action/Adventure, Thriller. Enjoy the best films specially selected for you! The Wrong Floor (2015) is the right choice that will satisfy all your claims.