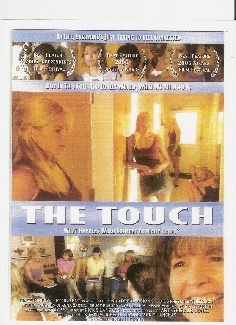 Description:
Hannah Moore knew real life. The daily fight to build an existence on her own terms sustained Hannah and held at bay the grief of being used as a plaything first by her father and then by a succession of boys and men. As far as Hannah knew, this world offered no handouts. Her struggle to find work that wouldn't be affected by a previous stint in prison began to seem an impossible dream. After losing hope and trying to commit suicide, Hannah is referred by social services to a church's women shelter. Just as
1M-3M
Best Feature Independents Film Festival Best Feature Angel Awards Best Feature Jokara Film Festival

In Films-list.com we have selected the most viewed movies from category - Drama, True Story. Enjoy the best films specially selected for you! THE TOUCH (2005) is the right choice that will satisfy all your claims.