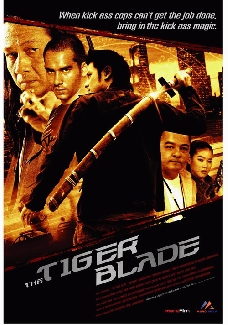 Synopsis:
When a highly volatile case confronts the police, a young maverick cop with mystical powers is put on the case. YOSTHANA teams up with the seductive DUANGDAO and together they must hunt down and capture the brutal and deadly ?FIVE BULLETS BANDIT?.

The gang is led by the fearsome, MAHESAK, who like Yosthana is skilled in the art of sorcery and magic. Mahesak can only be defeated with THE TIGER BLADE, a magic
1M-3M
12th Lyon Asian Film Festival

In Films-list.com we have selected the most viewed movies from category - Action/Adventure, Martial Arts. Enjoy the best films specially selected for you! The Tiger Blade (2005) is the right choice that will satisfy all your claims.