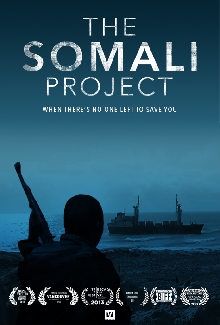 Description:
he Somali Project begins with pirates capturing the merchant vessel Royal Grace and holding its crew for ransom. As the Grace’s hostages – and those from dozens of other ships – languish under unspeakable conditions, a Persian Gulf state quietly bankrolls a paramilitary force to raid pirate havens and free the captives. The controversial force faces mutiny, murder, runs afoul of the U.N. and eventually comes face-to-face with elusive pirates in an extraordinary battle captured on film.
Under 1M

In Films-list.com we have selected the most viewed movies from category - Documentary. Enjoy the best films specially selected for you! The Somali Project (2015) is the right choice that will satisfy all your claims.