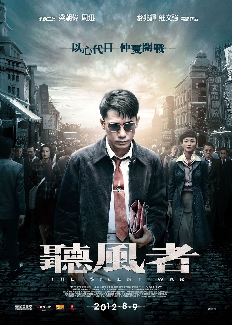 In 1950s, the China Republic Government is newly established. Revolutionists in different parts of China seek chances to revolt. Everywhere is restless and chaotic. 701 Headquarter, consisting of Inspection, Interpretation and Operation, is set up to spy on conspiracy through telegraph. But one day in October, all of a sudden, the enemy shut down 126 military channels for 30 hours. After these long hours, when they
10M-25M

In Films-list.com we have selected the most viewed movies from category - Action/Adventure. Enjoy the best films specially selected for you! The Silent War (2012) is the right choice that will satisfy all your claims.