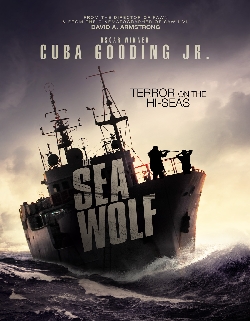 Description:
Pacifistic English teacher Henry Van Weyden is sailing with his fiancée when a boat crashes into them through a bank of fog. Henry is knocked unconscious and wakes up aboard what appears at first glance to be a crabbing boat. But as he quickly discovers, not all is what it seems. The ship is run by Captain Wolf Larshenko, who rules over the crew with an iron fist. And whatever it is they're hauling, it's certainly not crabs. He refuses to return Henry to shore, instead telling him he's welcome to accompany

In Films-list.com we have selected the most viewed movies from category - Action/Adventure, Thriller. Enjoy the best films specially selected for you! The Sea Wolf (2014) is the right choice that will satisfy all your claims.