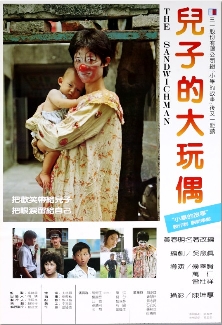 Description:
This episodic film is adapted from novelist Tzen-Ming Hwan’s three short stories: “A Taste of Apple”, “The Sandwich Man”, and “Vicki’s Hat”.
In the miserable years, several downbeat characters fight and struggle for their lives. The film depicts, sympathetically, their self-depreciation and self-respect, laugh and tears, and hope and despair Most importantly, the film shows the heartsore and ignorance of the developing country people when facing the foreign civilization intrution.

In Films-list.com we have selected the most viewed movies from category - Drama. Enjoy the best films specially selected for you! The Sandwich Man (HD) (1983) is the right choice that will satisfy all your claims.