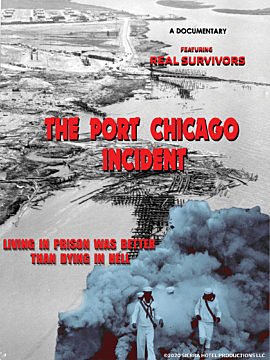 Description:
A violent and powerful explosion in July 1944 sent shock waves through Port Chicago, Ca and the US Navy. 320 sailors were killed instantly, and 50 sailors were charged with mutiny in the aftermath. It became the largest mutiny trial in US Naval history and was the tipping point for the desegregation of the U.S. Navy and ultimately the entire U.S. Military.

In Films-list.com we have selected the most viewed movies from category - Documentary. Enjoy the best films specially selected for you! The Port Chicago Incident (2020) is the right choice that will satisfy all your claims.