FILM REVIEW - The Moonlight In JILIN 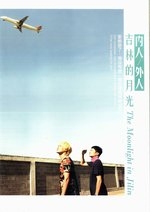 The Moonlight In JILIN

Description:
Weiwei often dreams about her hometown Jilin and her childhood friends. Despite the sweet memories, she cannot go back.
To save up her mother’s medical expenses, Weiwei dropped out of school, came to Taiwan to marry a man she’s never met before. Her husband turns out to be gangster and suddenly absconds. Weiwei has no choice but to make a living in a massage store. One day the police make a raid and a junior officer Jiahao falls in love with Weiwei at first sight.
Being kept in the dark, every
★ 2012 New Taipei City Film Art Festival : Opening Film ★ 12th (2012) South Taiwan Film Festival：Competition in Drama Mov ie Category
★ 47th (2012) Golden Bell Awards：Best Sound Mixing & Editing (Won )

In Films-list.com we have selected the most viewed movies from category - Drama, Family, Romance. Enjoy the best films specially selected for you! The Moonlight In JILIN (2012) is the right choice that will satisfy all your claims.