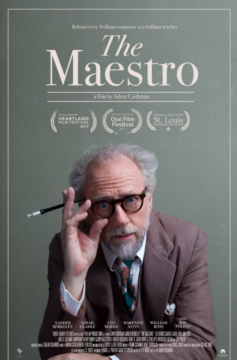 Description:
Mario Castelnuovo-Tedesco (Xander Berkeley of “The Walking Dead”) was the composer of more than 200 Hollywood films in the 1940s and 1950s. Mario went on to mentor some of film music’s greatest composers, including John Williams, Randy Newman, Henry Mancini, Jerry Goldsmith, and Andre Previn. “The Maestro” follows budding film composer Jerry Herst (Leo Marks) as he moves to Hollywood after World War II to study with infamous master teacher Castelnuovo-Tedesco. The film is based on real letters between the t

In Films-list.com we have selected the most viewed movies from category - Drama. Enjoy the best films specially selected for you! The Maestro (2019) is the right choice that will satisfy all your claims.