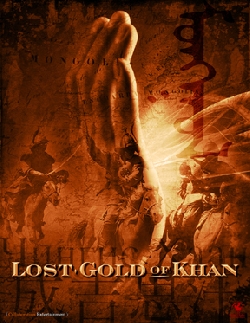 THE LOST GOLD OF KHAN

Description:
When Chengiz Khan was a young boy, he was rescued from the slavery of the Targutai by a wise monk from the land of the Yeti. To protect him, the monk attached a magical blood red ruby to the palm of his hand. This ruby gave him great strength over his enemies and gave rise to the legend that Chengiz was born with a mysterious destiny to rule the world. But the power of the ruby terrified Chengiz, and the demons inside the jewel were beyond his control. Nearing death, he ordered his son to take the ruby and
50M-100M
100% Fully Funded

In Films-list.com we have selected the most viewed movies from category - Action/Adventure. Enjoy the best films specially selected for you! THE LOST GOLD OF KHAN (2008) is the right choice that will satisfy all your claims.