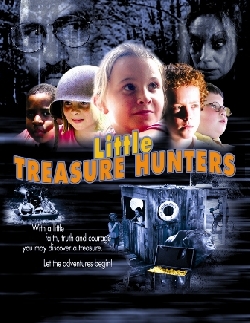 Description:
Nine-year-old Molly Brown lived and breathed "that river". After her mother died, it was just Molly, her dad Paul, and Cappy, her ailing grandfather. As Cappy's medical bills mount, Paul is faced with the decision to sell the family home and move away. But Molly can't bear the thought of leaving behind all she has ever known...especially the river. She begins to ponder a story her mother used to share. According to legend, a dying soldier hid his stolen gold somewhere down river, enough, Molly was sure, to

In Films-list.com we have selected the most viewed movies from category - Family, Action/Adventure, Childrens. Enjoy the best films specially selected for you! The Li'l River Rats (2005) is the right choice that will satisfy all your claims.