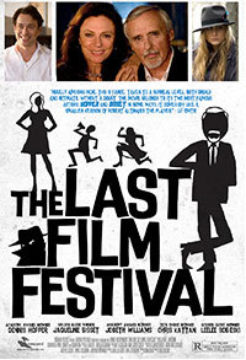 Description:
There are 4,000 film festivals around the world. Where would you go if your film was turned down by 3,999 of them?. What happens when an obscure film festival is the last hope for a failing producer and his disaster of a movie? When the artifice and ruthlessness of Hollywood collides with the homespun innocence of small town America, neither will ever be the same.

In Films-list.com we have selected the most viewed movies from category - Comedy. Enjoy the best films specially selected for you! The Last Film Festival (2016) is the right choice that will satisfy all your claims.