FILM REVIEW - The Kid and I 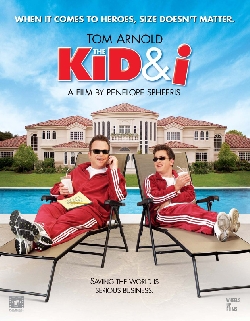 The Kid and I

Description:
Bill Williams is a down-and-out actor who is unexpectedly hired to write a
sequel a la "True Lies", the action film that made him famous more than a decade ago. When Bill learns that his co-star Aaron Roman, a rich kid with no acting experience, what seems to be the chance for a major come back turns into a series of outlandish complications.
AFI Fest 2005

In Films-list.com we have selected the most viewed movies from category - Comedy, True Story. Enjoy the best films specially selected for you! The Kid and I (2005) is the right choice that will satisfy all your claims.