FILM REVIEW - The Harder They Come 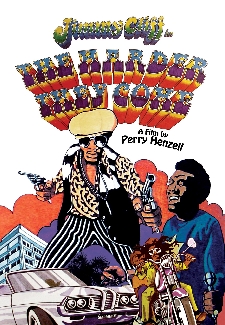 The Harder They Come

Description:
Based on a true story, Jimmy Cliff stars as Ivan, a Reggae performer who leaves his rural village for the city of Kingston hoping to make it big, but is taken advantage of by an unscrupulous music mogul and soon falls victim to drugs and crime. While his dream of stardom becomes a reality, he rises to the top of the pop charts and the most-wanted lists. The cult classic that made Reggae a worldwide phenomenon. Features hit songs such as "You Can Get it if you Really Want", "Harder They Come", and more! Rest
1M-3M
Digitally Remastered Hi-Definition Version screened at the 2006 Los Angeles Film Festival

In Films-list.com we have selected the most viewed movies from category - True Story, Musical, Drama. Enjoy the best films specially selected for you! The Harder They Come (1972) is the right choice that will satisfy all your claims.