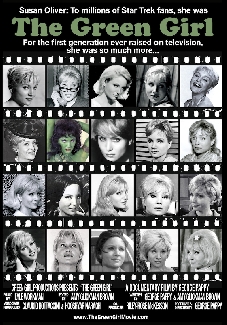 Description:
Susan Oliver is most famously known as Star Trek's first iconic Green Orion Slave Girl in the original 1964 pilot. One of the most recognizable women of the 1960’s, she was a highly prolific actress who worked frequently from the 1950's until well into the 1980's. Susan was also a record-setting female aviator who won five world records for light planes and eventually became one of the first women qualified to fly the Lear Jet.
Under 1M

In Films-list.com we have selected the most viewed movies from category - Documentary. Enjoy the best films specially selected for you! The Green Girl (2014) is the right choice that will satisfy all your claims.