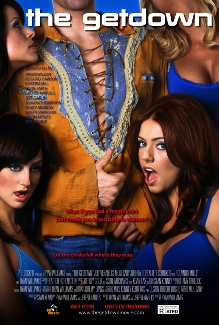 Description:
When Freeloader Phil is tossed out on his ass by the love of his life, he stays with two old friends who come upon a magic shirt that guarantees them sex with all the women they can handle. While Phil?s friends pursue a daily diet of maxim models and close encounters with Hollywood?s hottest (Rosario Dawson, Rachel Nichols, Kristen Bell, Kristy Swanson), Phil schemes to use the shirt to win back his girl, Jen. But when an insane marine steals the shirt and threatens to use it on Jen, Phil?s battle for her a
1M-3M

In Films-list.com we have selected the most viewed movies from category - Comedy. Enjoy the best films specially selected for you! THE GETDOWN (2007) is the right choice that will satisfy all your claims.