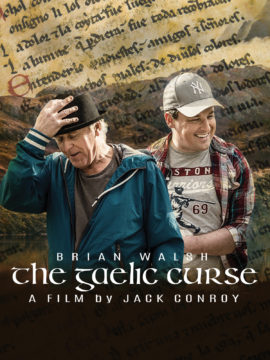 Description:
Gaelic Curse is a Romantic Irish Comedy to be shot in Ireland featuring an all Irish Cast and Crew. The story begins when the devil cursed two servants for accidentally killing a Gaelic `king with whom he had made a pact. This curse was handed down through every generation and which changes each time. The recipients of the Gaelic Curse are Bailey O Farrell and Limp O Reilly. The former suffers with a hump on his back and the latter has a limp, each with a life of its own. Bailey lives in L.A and Limp in a r

In Films-list.com we have selected the most viewed movies from category - Comedy, Romance. Enjoy the best films specially selected for you! The Gaelic Curse (2017) is the right choice that will satisfy all your claims.