FILM REVIEW - The Escape From Auschwitz 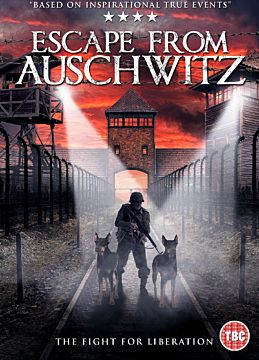 The Escape From Auschwitz

Description:
After an attempt to escape the SS in 1939, Kazimierz Piechowski is captured at the Hungarian border and sent to Auschwitz where his role is to transfer corpses from the gas chambers to the crematorium. After discovering that one of his friends in the camp is on the execution list, he vows to stop at nothing to prevent his death. In one of the most remarkable true stories of World War II, four men will risk their very lives as they attempt to ‘Escape from Auschwitz’

In Films-list.com we have selected the most viewed movies from category - Drama, TrueStory. Enjoy the best films specially selected for you! The Escape From Auschwitz (2020) is the right choice that will satisfy all your claims.