FILM REVIEW - The Downfall of Osen 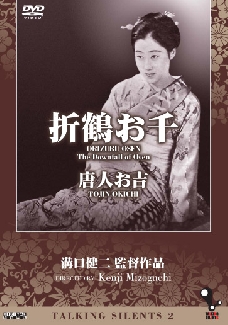 The Downfall of Osen

Description:
The theme of this film, the strength of a woman who gives everything for the man she loves, is a theme Mizoguchi explored his
whole life. The moving camera technique and bold retrospective scenes reflect Mizoguchi's experimental approach. Even in the overall shift to talkie movies, Mizoguchi preferred to have his films screened with benshi narration. Our DVD allows you to enjoy this film with benshi narration as well.
comment by film critic, Mr. Tadao Sato
Kenji Mizoguchi directed Orizuru

In Films-list.com we have selected the most viewed movies from category - Drama. Enjoy the best films specially selected for you! The Downfall of Osen (2007) is the right choice that will satisfy all your claims.