FILM REVIEW - The Dead of Jaffa 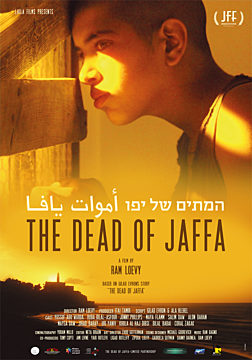 The Dead of Jaffa

Description:
Three children from the West Bank are smuggled into Israel, arriving at the doorstep of George and Rita’s house in Jaffa. Their mother is dead, and their father has been sentenced for life. As Israeli Palestinians, George is afraid that hiding illegal aliens will endanger Rita and himself, while Rita believes the arrival of these children could give meaning to her life. Nearby, a foreign film is being shot. Jerry, an English director, is making a movie about his parents’ love affair in 1947, when they serve

In Films-list.com we have selected the most viewed movies from category - Drama. Enjoy the best films specially selected for you! The Dead of Jaffa (2019) is the right choice that will satisfy all your claims.