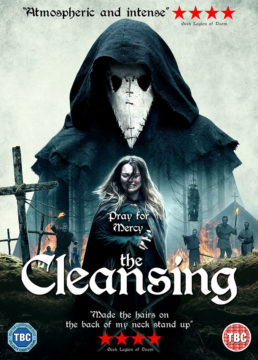 Description:
In 14th century Britain a sixteen year old girl is accused of being a witch and causing the plague that has ravaged her village, taking the lives of many, including her own father. When it's revealed that she has been hiding her mother's infection, she is forced to watch The Cleanser, an ominous masked figure, brutally kill her mother and subject her to five torturous trials in order to prove she is practising witchcraft. The Cleanser is a medieval horror film that will chill you to the bone.

In Films-list.com we have selected the most viewed movies from category - Horror. Enjoy the best films specially selected for you! The Cleansing (2018) is the right choice that will satisfy all your claims.