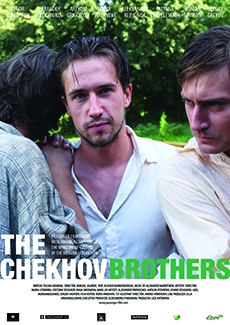 Description:
A film is set in the Chekhov’s country estate near Moscow in the mid 80-s of the 19th century.
It was one summer day... Self-sacrificing 26-year-old Anton takes all possible efforts to support his large and unfortunate family, his broke father, sickly mother, sister and brothers. He spends his day writing short comic stories for cheap magazines. The future great writer Anton Chekhov is just about to recognize his own gift. We see Anton’s brothers – Nikolai, a talented artist who has never finished his

In Films-list.com we have selected the most viewed movies from category - Drama. Enjoy the best films specially selected for you! The Chekhov's brothers (2014) is the right choice that will satisfy all your claims.