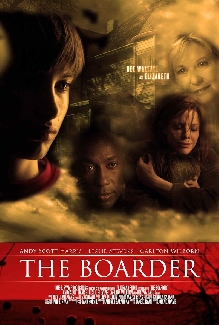 Description:
An eleven-year-old orphan, Carl, is adopted into a loving family. The new father, Zeb, bonds easily with the boy. But Zeb's wife, Annika, sees a different side to Carl. Zeb is surprised by his wife's resistance to their new son and isn't sure if it's Annika's or Carl's dark side that is being revealed.
1M-3M
U.S. PREMIERE: LIFETIME MOVIE NETWORK - JUNE 2015

In Films-list.com we have selected the most viewed movies from category - Thriller, Drama. Enjoy the best films specially selected for you! The Boarder (2013) is the right choice that will satisfy all your claims.