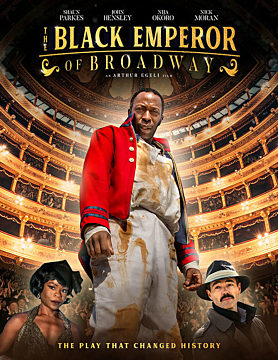 The Black Emperor of Broadway

Description:
Based on a true story, Charles S. Gilpin was the first African-American to star in a leading role in a stage play during a time where roles of color were previously played by white men in blackface. As Gilpin rose to fame and recognition, tensions were high between he and playwright Eugene O’Neill which ultimately lead to parting ways, though his acclaimed performance has changed Broadway forever.

In Films-list.com we have selected the most viewed movies from category - Drama. Enjoy the best films specially selected for you! The Black Emperor of Broadway (2020) is the right choice that will satisfy all your claims.