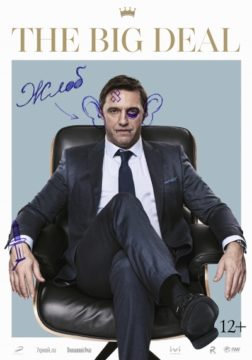 Description:
Vadim Krylov is the owner of a major retail chain. He's the best at what he does, and he is used to getting what he wants at any cost. He reaches his goal, 3000 stores all over the country, but that costs him dearly. Now, to avoid financial ruin Krylov has to make a deal to partner with a large Chinese retail chain. The Chinese company is ready to purchase a 50% stake in Vadim's company which officially - or on paper at least - belongs to his Mother. Vadim is once again on top of the world. But his Mother,

In Films-list.com we have selected the most viewed movies from category - Comedy, Drama. Enjoy the best films specially selected for you! THE BIG DEAL (2019) is the right choice that will satisfy all your claims.