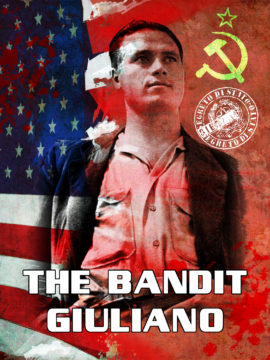 Description:
The most notorious bandit in Sicilian history, Salvatore Giuliano emerged from the chaos of Italy's defeat in World War II, becoming a folk hero across the island and causing a major embarrassment for the Italian government with his brazen attacks against the police. Featuring new testimonials from historians, criminologists and Giuliano's own nephew, "The Bandit Giuliano" is the part of the story that hasn't made it into the history books. It is the story of corruption and collusion between politicians, Ma

In Films-list.com we have selected the most viewed movies from category - Documentary. Enjoy the best films specially selected for you! The Bandit Guiliano (2018) is the right choice that will satisfy all your claims.