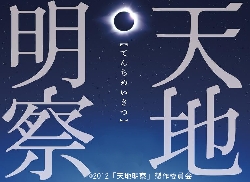 Description:
From the Academy Award-winning director of "Departures", an adventure movie about a real Samurai Astronomer! In the early 17th century, at the beginning of Japan’s peaceful Edo era, Yasui Santetsu detected basic errors in the calendar Japan had been using for 8 centuries and invented Japan’s unique calendar. “TENCHI: The Samurai Astronomer” is an adventure film about Santetsu, a real-life samurai overcoming numerous obstacles in his visionary quest to fundamentally revise the calendar.

In Films-list.com we have selected the most viewed movies from category - Drama, Historical. Enjoy the best films specially selected for you! TENCHI: The Samurai Astronomer (2012) is the right choice that will satisfy all your claims.