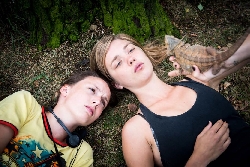 Description:
Meis is fifteen, lives in the back of beyond and aspires to a grand and stirring life, but all that happens is the passing of the time, waiting for the next car to run into the front of the house.

She dreams of a young car driver called “Brad” whom she would like to take care of and maybe have sex with. Dad is waiting for the next driver to bring some heroism to his life again. Mom is waiting for the same moment, so they can permanently move to the city. Ever since dad was the first person that
Berlin International Film Festival 2014 (Generation) - World Premiere

In Films-list.com we have selected the most viewed movies from category - Drama. Enjoy the best films specially selected for you! Supernova (2014) is the right choice that will satisfy all your claims.