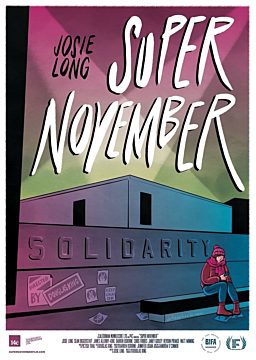 Description:
When it all kicks off, will you become a hero? No. You won’t. When a military coup hijacks an election in Britain, under the guise of a “temporary period of constitutional crisis”, four friends in Glasgow are completely unprepared. They’re busy with their own stuff. Josie wants romance, Darren wants adventure, Mona wants to work and win and Roddy wants to skive off and muck about. This film tells the story of their lives before and after a far-right authoritarian government takes control of them. As they tr

In Films-list.com we have selected the most viewed movies from category - Comedy, Drama. Enjoy the best films specially selected for you! SUPER NOVEMBER (2018) is the right choice that will satisfy all your claims.