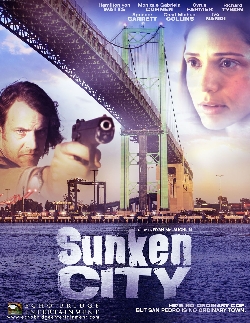 Description:
Nick Terry is no ordinary cop. He used to be a hotshot detective in his hometown of San Pedro, California. Then budget cuts, personal demons and a healthy pot-smoking habit changed everything. Now Nick's beat is in the classrooms, retirement homes and recreation centers where he talks about the good work of the San Pedro police instead of actually doing any police work h imself. But his laidback life takes a trippy turn when a young woman's body washes ashore in Sunken City, a picturesque beach where the co

In Films-list.com we have selected the most viewed movies from category - Comedy, Thriller, Mystery. Enjoy the best films specially selected for you! Sunken City (2013) is the right choice that will satisfy all your claims.