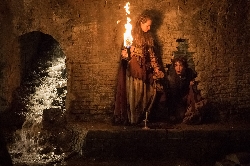 Description:
STORM tells the story of 12-year-old Storm, son of printer Klaas Voeten from Antwerp in the early years of Reformation, when Europe?s freedom of speech and religious tolerance were at stake. Oblivious to Storm, Klaas secretly busies himself with the printing of banned texts, encouraged by his client and friend Alwin Dankert. Storm?s mother disagrees heavily. However, when Klaas is presented an assignment in utmost secrecy to print an important, banned letter by Martin Luther which could finally put an end t

In Films-list.com we have selected the most viewed movies from category - Thriller, Historical, Family. Enjoy the best films specially selected for you! Storm - Letter of Fire (2016) is the right choice that will satisfy all your claims.