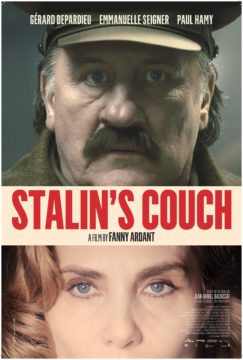 In a secret residence where older Stalin came to rest a few days, a young painter, Danilov comes to present the dictator his artistic project of a posthumous monument to his glory. Lidia, Stalin’s mistress, has selected Danilov and his work among other artists and was the one who introduced him to Stalin. All three of them will face fear, suspicion and lies. Lidia and Danilov will play their destiny in front of Stalin.

In Films-list.com we have selected the most viewed movies from category - Drama. Enjoy the best films specially selected for you! STALIN'S COUCH (2016) is the right choice that will satisfy all your claims.