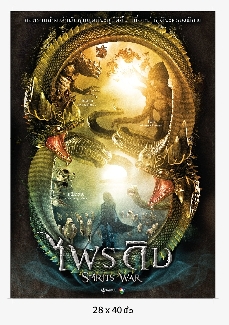 Description:
In this story of magic and adventure existed a frontier country called Siam. It was filled with goodness and happiness, until Lord Panwa decided to mine a mountain located in the forest of darkness. Without knowing that the mine was an Ancient burial ground they continued to mine, until expected death occurred. As miners died one by one an old Ancient Dark Spirit was awaken and arose from the ground to spread death and evil in the nearby villages. Prai a spirit hunter coming from his homeland of Praddas to

In Films-list.com we have selected the most viewed movies from category - Science-Fiction, Fantasy. Enjoy the best films specially selected for you! Spirits War (2014) is the right choice that will satisfy all your claims.