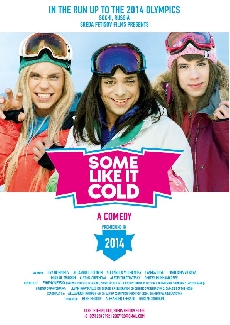 Description:
The film begins on the eve of the 2014 Olympics in Sochi. When three 18-year-old students at a prestigious University – Mika (Alexander Vedmensky), Kit (Ilya Glinnikov), and Swift (Alexander Golovin) – dig up dirt on their crazy University President,the hunt for the would-be blackmailers begins.
Fleeing from their pursuers, the three amigos find themselves on the women’s snowboarding team bus. They have no choice but to put on the team’s brightly colored jackets and blend in with the crowd of snowboa
3M-5M
100% Fully Funded

In Films-list.com we have selected the most viewed movies from category - Comedy. Enjoy the best films specially selected for you! Some Like It Cold (2014) is the right choice that will satisfy all your claims.