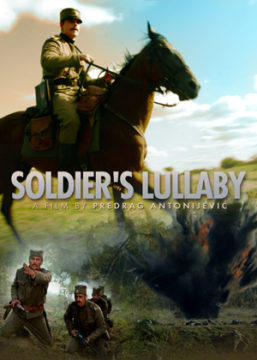 Description:
World War I veteran, Stevan, arrives to the celebration of the 20th anniversary of the end of the war and the memorial for his first company, the Fifth Artillery Battery. He survived the war because he was assigned to another unit. His other purpose here is to find out what happened to his fellow soldiers, especially Aleksandar, the second Lieutenant of his unit. He learns that Aleksandar actually knowingly sacrificed himself for Stevan when he reassigned him. This is a story of courage and comradery; and i

In Films-list.com we have selected the most viewed movies from category - Action/Adventure, Drama, Historical. Enjoy the best films specially selected for you! Soldier's Lullaby (2018) is the right choice that will satisfy all your claims.