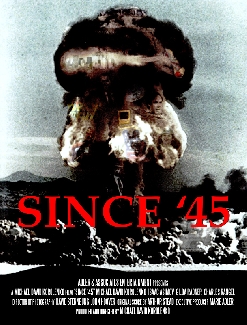 Description:
Remastered for a new generation of viewers, this classic, Student Academy Award-winning short documentary was first screened in 1979, and has lost none of its relevance or power. As a student at Boston University at the time, director Michael David Korolenko chose one of the most heavy subject matters possible, diving into the mass media and its impact upon society. What he found was shocking, as he documented not just the ways that the media covers the news, but also showing how in many cases it is the med

In Films-list.com we have selected the most viewed movies from category - Documentary, Historical. Enjoy the best films specially selected for you! Since '45 (1979) is the right choice that will satisfy all your claims.