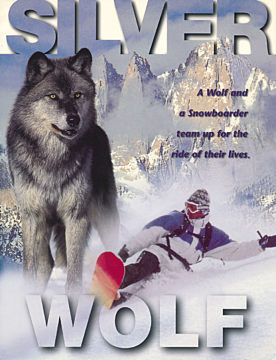 Description:
A boy learns to deal with personal loss by making friends with a wild animal in this drama for the entire family. Jesse is a 16-year-old who is trying to put his life back together after the death of his father, who died while trying to rescue him in the wilderness. Jesse goes to live with his Uncle Roy, who lives in the rugged mountains of Washington State. While exploring, Jesse finds and rescues a wolf who has been seriously wounded; Jesse bonds with the animal, and while Roy understands the dangers of t

In Films-list.com we have selected the most viewed movies from category - Family. Enjoy the best films specially selected for you! Silver Wolf (1999) is the right choice that will satisfy all your claims.