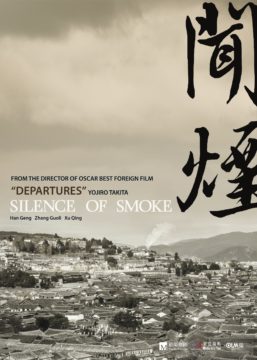 Description:
From the director of the Oscar winner for Best Foreign Film "Departures" comes a heart wrenching drama about a young cake maker’s journey of profound growth and discovery, brought about through his father’s death.

The sole heir to eight generations of cake makers, Liu has been perfecting his craft from his father since a toddler, but his cakes still lack a certain oomph.

When his father categorically refuses to pass down the secret recipe to him, he leaves town and starts eking out a

In Films-list.com we have selected the most viewed movies from category - Drama. Enjoy the best films specially selected for you! Silence Of Smoke (2019) is the right choice that will satisfy all your claims.